Philippians 3:12-14 Not that I have already obtained all this, or have already arrived at my goal, but I press on to take hold of that for which Christ Jesus took hold of me. Brothers and sisters, I do not consider myself yet to have taken hold of it. But one thing I do: Forgetting what is behind and straining toward what is ahead, I press on toward the goal to win the prize for which God has called me heavenward in Christ Jesus.

Summer is here! Wednesday was the girls’ last day of school and I finished my job last week. Starting next week, we will be babysitting a neighbor for 4 weeks and possibly watching staff kids at church other weeks. At some point, there may be a foster child added to the mix. Yes, my summer is going to be filled with kids!

We have already been to get ice cream Wednesday and to the neighborhood pool twice yesterday. One of my favorite things to do in the summer is to head up to the pool in the evening for a little night swimming. It is cooler, and James can come with us. There is nothing like relaxing with a breeze!

While there is lots of craziness going on, and probably some adjusting, I may not be writing much between now and August 1. When I have updates or something to say, I will pop back in. For now I feel there are different areas that need my attention. It always feels strange to stop writing, but when it feels the strangest it means I am definitely doing the right thing. 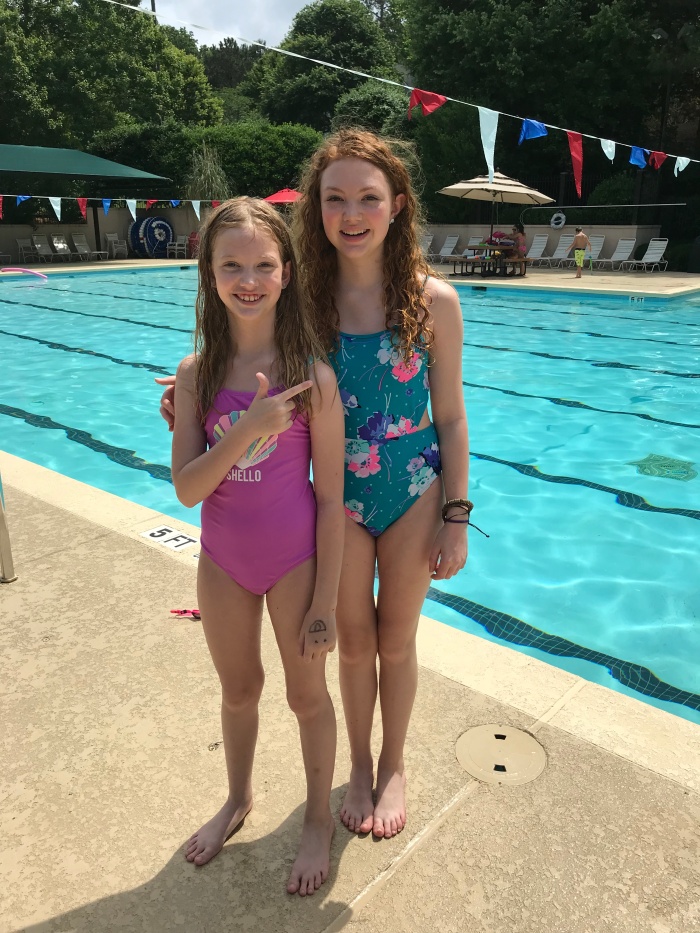 When you think about turtles, what comes to mind? They are slow and clunky. Walking is awkward. Maybe you think of the tortoise beating the hare because slow and steady wins the race. Well, let me tell you sea turtles are amazing in the water!

While on Maui last week, we saw many turtles in the water. After swimming with sea turtles, a fact that I will bring up in every conversation for the rest of my life, I have developed a fascination with them. Who would have thought I would see (get it?) turtles as graceful? Not me!

The first day our family was near turtles, we were practicing snorkeling for our official snorkeling the next day. I was closest to our 11 year old, Lauren. Suddenly she made a noise and pointed. I turned, and a big, beautiful turtle was about to swim past me. He (she?) calmly swam a few feet from me while I freaked out. A turtle! In the water! Right there! It got so close to James and Kaitlyn that it touched them. I was amazed. This creature was in its element.

The next day, we saw several turtles from a little farther away and it was no less amazing. The day after that, we were in front of our condo where many must have lived. They swam by us and we were mesmerized. When Lauren was in the water, she would swim along with them. It never got old.

When I am fulfilling my purpose and doing what God created me to do, I am like those sea turtles. It comes more naturally than the times I do something because I “think” I am supposed to do it. When I do something because “someone has to do it,” it is like watching a turtle on land. It can be almost painful to watch because I am stepping in someone’s shoes that I was never meant to fill.

I am here to do things in a way that no one else does them. You are here to do other things that you do well. When we do that and stay in our lanes, it is like magic to watch. People can’t take their eyes off of us, because there is grace and dignity in the way we move. We are here for a purpose, and when we figure out what that is, we are infused with confidence.

Maybe it is just me, but I want to do what comes naturally to me. I don’t want to work or volunteer somewhere because I think I should. I don’t want a hobby because other people around me do it. I want to do things that were made for me and I for them. Gliding through the water sounds much better than slogging along land that takes more effort. I want to be a sea turtle. Or maybe I just want to live at the beach!

Constant winning will do nothing to help a child grow. It will instead provide a false sense of superiority. Working hard and improving are far more important than winning.

Case in point: our swim meet a few days ago. Kaitlyn received 2 first place ribbons. One was because she swam in a heat by herself. When there is no competition, you are going to win by default. The other ribbon was from a relay she did with 3 other girls. This was not won because of her mad swim skills. This child was a little too full of herself.

Lauren came away disappointed because the best she received were 2 third place ribbons. Never mind that she is swimming against bigger and stronger girls. She was frustrated and it didn’t help that her little sister had better ribbons than her.

Just like last year, we came home and compared their times from this meet and the first one. My jaw dropped when I saw Lauren had been 4 seconds faster in both freestyle and breast stroke than the first week! That is huge! She is definitely improving and works hard to be her best.

Kaitlyn had slower times in this meet than the first. Her placements didn’t show growth. When she got a little too big for her britches, I had to point that out. I don’t enjoy watching my child deflate, but if I don’t do it, the world will. 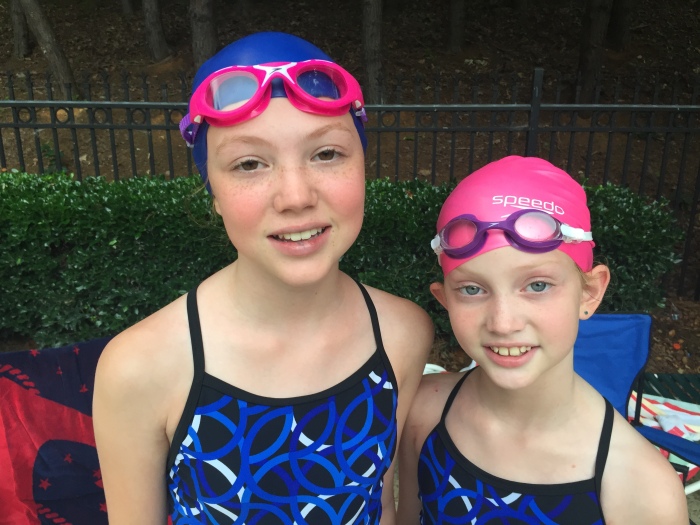 When kids are grown and living on their own, the world will try to make them think they don’t matter. It will beat them down and leave them on the side of the road. As parents, it is our job to show them where their value lies: in how they live their lives. We need to teach them to work hard and get better, and not to be the best but to be the best they can. They need to know it is not all about them but about how much good they can do.

Sometimes we have to let kids fail so they learn the value of pushing themselves. It isn’t easy, but if we don’t let it happen, it will happen eventually. The best thing for them is for them to fail while they have us there to help pick up the pieces. When that happens, we can be there to show them how to recover from the setback and move on. Eventually, the goal should be that they are able to do this without us.

Let’s raise this generation to be able to lose gracefully, to stay humble, and to work hard.

Summer is in full swing around here, which means I am slightly less tired than during the school year. The girls had their first swim meet of the season last night and did great. It was a long and beautiful night.

Lauren went up to an older group this year, since she is 11. She has worked on flip turns with the intensity she worked on diving last year. That child wants to do better than everyone or not compete at all. She swam 50 meters (instead of 25 like the younger kids) in butterfly, freestyle, and breaststroke. Then she finished the night with a 100 meter IM (Individual Medley.) Before each race began, she would hug me and tell me how nervous she was. Hopefully her nerves are settled now that she got the first meet out of the way.

Kaitlyn swam 25 meters of breaststroke, backstroke, as well as freestyle 3 times. She is improving so much over last year! She is actually trying and wants to practice diving this weekend. Last year, there were many times we had no idea what stroke she was doing. Now she actually looks like she was putting forth the effort.

Tonight both girls are having friends over. There will be pizza, sugar, and lots of giggles. I hope one day they look back on summers and remember how much fun they had as well as how hard they worked at swimming. I want them to remember laughing with me and seeing me read. Summer time is magical for kids and is time you can’t get back. I think we are off to a good start!